The Morgan Owners’ Club of Australia (MOCA) was founded on the 3rd of July, 1958 by a small group of Morgan enthusiasts at the instigation of Ken Ward (pictured below). MOCA was founded to promote and foster the mutual interest of Morgan car owners and enthusiasts throughout Australia and to provide a centre of technical information about the Morgan motor car. 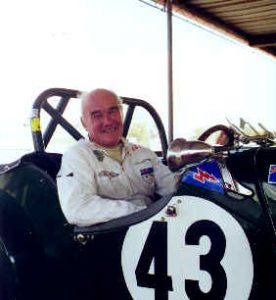 MOCA promotes meetings of both a social and competitive nature for its members, with an average total of 30 club events being held each year. Social events include monthly meetings of the Club which are also available via Zoom, weekend and weekday trips and car tours over several days, of which the  “Christmas in July” is a favourite.

The Club produces a magazine, “The Morgan Ear”, which is sent out to members free each month and enables distant Morganeers to keep in touch with Club activities. 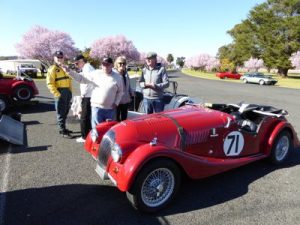 On the competitive scene, MOCA is affiliated with Motorsport Australia and is a foundation member of the Combined Sports Car Association (CSCA) which promotes speed events such as hillclimbs, lap dashes and sprints through its seven member clubs, mostly similar British sports cars. As a part of its membership with the CSCA, MOCA hosts a round of the championship each year and the Club is justly proud for its ability to run the entire event without the need of any outside assistance. Members assist with scrutineering, flag marshals, race control and the myriad of organising that is required to run a speed event with over 100 competitors. 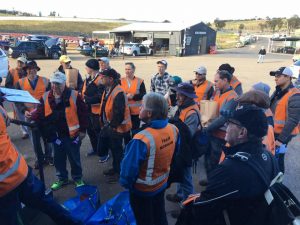 The Club’s Registrar maintains a comprehensive history of most Morgans known in Australia and can assist with any detailed knowledge required for your particular model.

Members with cars older than 30 years may be eligible for either Historic or Classic Vehicle conditional registration as the club is recognised for this purpose through several state registration authorities.

MOCA exists only for its members, and like all things, you can only get out of the Club what you are prepared to put in. An important difference between MOCA and other car clubs is that we welcome non Morgan owners, provided that they share an interest in the marque and enjoy the unique personality of the “true” Morgan owner.

The morale within the Club has always been high and the support of the members strong. An indication of the Club’s strength is that there are still foundation members that are active within the Club and many current members have been in the Club for over 30 years.

As Peter Morgan once said, “perhaps the Morgan is not so much an anachronism as some might believe.”

The Club meets on the first Thursday of each month (except January). The venue is Strathfield Golf Club, 52 Weeroona Road, Strathfield, NSW commencing at 7:30pm. There is a concurrent ZOOM connection for those unable to attend. Contact the President or Secretary for further information. Visitors are most welcome.